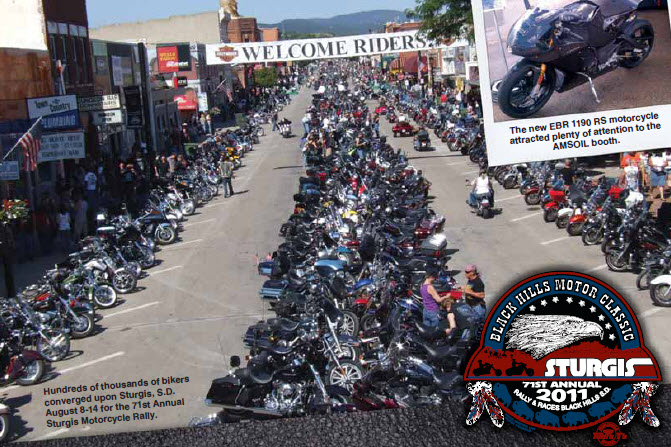 The 71st Annual Sturgis Motorcycle Rally provided outstanding promotion for AMSOIL and AMSOIL Dealers. With outstanding weather for the duration of the rally, thousands of current and prospective customers stopped by the AMSOIL booth to learn more about saving time and money and gaining the best possible protection for their investments, including bikes, cars and trucks. 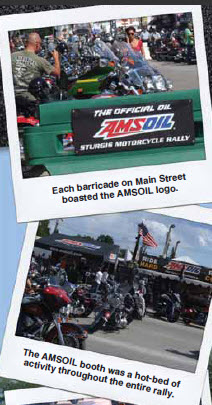 As AMSOIL entered its fourth year as the Official Oil of the rally, the AMSOIL logo could not be missed. The famous Sturgis Main Street was blocked off with barricades for five blocks, allowing only two-wheel traffic, and each barricade featured an AMSOIL sign. AMSOIL visibility on Main Street included a 30-foot AMSOIL trailer and the new EB R 1190 RS motorcycle from Erik Buell Racing.

“The Sturgis Motorcycle Rally is known as the granddaddy of all motorcycle rallies, and the people who attend are serious riders,” said Director of Dealer Sales Rob Stenberg. “This year was no exception. More and more people are becoming increasingly familiar with AMSOIL and the superior performance of AMSOIL products. It is great to hear the positive comments we get at this rally from so many AMSOIL users.”