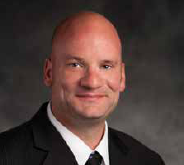 Engine building is a big subject in the performance industry. Hot rods, racecars, motorcycles and any other performance machine you can think of have engines that are designed and built for specific purposes. In fact, there are countless articles and even entire magazines devoted to aftermarket parts that make engines bigger, faster and stronger. What about the engines that start up every morning and bring us to work and never complain? How is the tireless D16 in my Honda Civic that struggles to get up a hill when the air conditioner is on any different than the 900-horsepower monster in Scott Douglas’ race truck? As far as the basic building process is concerned, there is no difference. Whether made for a race, car or a passenger car, an engine needs to be assembled and broken-in before it can do its job. While your daily commuter comes broken-in, many racers and performance enthusiasts build and break-in their own engines on a regular basis. AMSOIL recently launched two new products designed for the assembly and break-in of new or rebuilt engines, giving customers the ability to build and run an engine using AMSOIL products exclusively.

Engine assembly is a meticulous process. Parts must be clean, and bolts must be torqued to specifications or catastrophic failure could result. Engine builders generally develop their own process for engine assembly with the details in mind and seldom deviate from it. The same goes for the lubricants they use. If an engine builder finds a product that works he becomes dedicated to that product. I know this because I built engines in a previous life.

The process starts with assembly lube. Assembly lube is applied to the main bearings before the crankshaft is laid in the block and torqued in place. This ensures the crankshaft is lubricated as it is moved during assembly and during the first few seconds when the engine is started. Piston installation is next. Assembly lube is applied to the rod bearings, the piston is slid into the cylinder and the rod is bolted in place on the crankshaft. Here again the assembly lube is critical to protect the rod bearings during assembly and initial startup. Camshaft installation usually follows. Many camshafts come with their own dedicated lube. If not, AMSOIL Assembly Lube can be used liberally on all areas of the cam before it is installed. This completes the rotating assembly, which will sit as the rest of the engine is assembled, so it is imperative the lube stays in place. AMSOIL Assembly Lube uses very high viscosity oil and a tackifier agent to ensure it clings to engine parts. The heads can be installed next and the valvetrain can be adjusted. Assembly lube is used on the lifters, rocker arms and push rods. At startup, oil reaches this area of the engine last, but pressures can be very high. Assembly lube must have strong anti-wear properties to keep the parts from wearing without much help from the engine oil for the first few seconds an engine is run.

Engine Break-In is as delicate a process as it is a subject of conversation; ask 10 different engine builders about their Break-In procedures and you will likely get 10 different answers. You will, however, find some basic similarities. Engine Break-In can be defined as the seating of the piston rings to the cylinder walls. A honed cylinder and a new set of rings have microscopic peaks and valleys on their surfaces. The goal of the Break-In process is to file the peaks and valleys down to allow the ring to seal to the cylinder wall. Without a good seal the fuel/air charge can slip past the rings during the compression and power strokes of the combustion cyclefi leading to lost power and poor efficiency. In the racing and performance industry rings must seat quickly. AMSOIL Break-In Oil is designed to allow “controlled wear” in the cylinder to speed the seating process. This is accomplished through base oil technology.

Camshafts need to be broken-in as well. After the engine has run for 15 minutes the cam and lifters will be matched, similar to how the rings are matched to the cylinder walls. The cam will also be heat, cycled and hardened, and oil additives play a key role in this area. Break-in oil must contain high levels of zinc and phosphorus (ZDDP) in order to protect the delicate cam lobes and lifters during the 15-minute break-in process. Without (ZDDP) metal-to-metal contact occurs and the cam lobes can be rubbed off. Roller cams are less sensitive but should still be monitored carefully during the first minutes after the engine comes to life.

Engine break-in can be monitored by measuring cylinder leakage, tracking horsepower numbers or watching the oil blow-by residue in the exhaust port shrink as the engine is run. This unique process requires unique oil, and AMSOIL break-in Oil is right for the job. It contains very high amounts of ZDDP for cam and lifter protection, yet uses a conventional base stock to promote quick ring seal. With the engine built and broken-in all that is left is to select an AMSOIL product for use. For the track, we recommend Dominator® Synthetic Racing Oil; for the street, we recommend Z-ROD™ Synthetic Motor Oil.

Team AMSOIL Doubles Up in Michigan