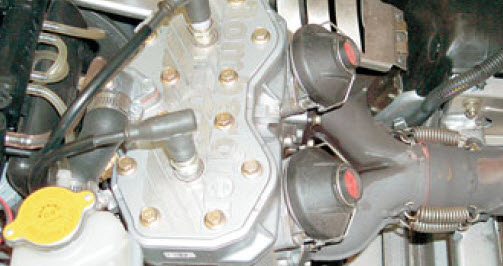 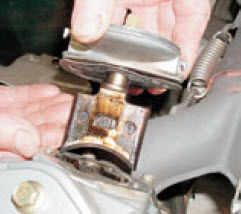 Because exhaust power valves are located in the direct stream of exhaust flow, deposits consisting of soot, carbon and ash quickly accumulate, requiring the valves to be cleaned regularly. If they are not cleaned, they may get stuck, and operators will notice a considerable power loss and/or bog-type operation.

In some instances, deposit buildup may be worse than others. There are several reasons for this:

The machine may be consuming more oil than is needed. Oil injection pumps vary the amount of oil injected based on the throttle position. As the throttle is opened, oil consumption increases. AMSOIL 2-Cycle Oils are recommended for use at 50:1 mix ratios, but if the sled is consuming more than one quart of oil per 12 gallons of gas, it is exceeding an average mix ratio of 50:1. The less oil the sled burns, the fewer the deposits that accumulate on the exhaust power valves. If you wish to have a sled’s oil injection pump setting checked, AMSOIL recommends bringing it to a local dealership so a qualified snowmobile mechanic can make the correct adjustments.

Another contributing factor to excessive deposit build-up is riding style. Snowmobiles operated at low speeds and/or steady RPM for extended periods of time will accumulate deposits more quickly than snowmobiles operated at higher speeds. Two-cycle motors do not operate at maximum efficiency at slower speeds, causing a large percentage of unburned fuel and oil to exit through the exhaust. This unburned material accumulates on exhaust valves and forms deposits. 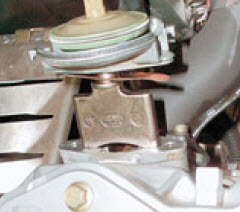 Routine maintenance is important for snowmobiles equipped with exhaust power valves. However, maintenance can be eased through the following: