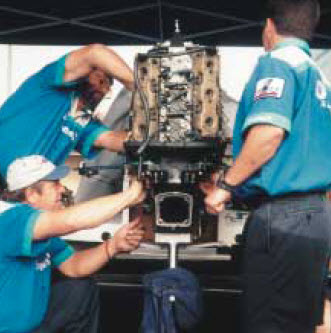 This form of racing started in the 1960s. The sport became commonly known as Formula One in the 1980s. Boat modifications over the past 40 years have created today’s fast tunnel hull boats.

A typical boat weighs over 1000 pounds, has a 300+ horsepower motor and races at speeds in excess of 125 mph. The boats turn on a dime. They can change direction 90 degrees with drivers pulling over five G’s of force over a 11/4 mile course.

Drivers from all over the country compete in the eight-race P.R.O.P. Tour series that begins in Lauglin, Nev. in June and concludes at Cypress Gardens, Fla. in October with the championship. 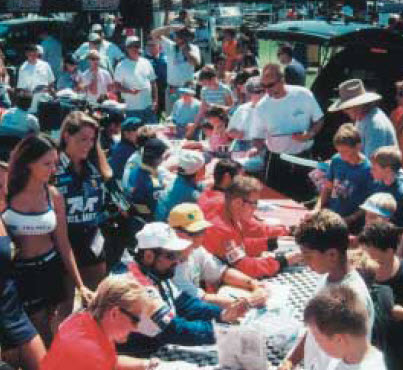 “This is a great opportunity for AMSOIL to expand its racing interests, to branch out and grow our presence in the marine lubricants market,” said AMSOIL Racing Coordinator John Schuldt. “Dealers will have a chance to get involved and introduced to a new potential market of customers. This should be fun and a win-win situation for the Tour and AMSOIL. In addition to AMSOIL being the official oil of the tour, most boats will use AMSOIL 2-Cycle Oil and wear AMSOIL logos at all of the events.” Each stop on the P.R.O.P. Tour will be televised in prime time on ESPN 2, allowing the races to be seen in over 71 million households across the U.S. and in 77 countries.