AMSOIL is continually researching methods to enhance its already-superior product line. New additive technology has recently been incorporated into the Severe Gear® Synthetic EP Gear Lube line, providing even greater protection and performance. While users may notice the fluid color has changed slightly, the previous and new formulations are compatible and may be mixed. Pricing remains unchanged, providing even greater value.﻿

In 2007, AMSOIL subjected Severe Gear 75W-90 Synthetic Gear Lube and a number of competing gear lubes to a comprehensive series of industry-standard tests. While some lubes performed well in some areas and poorly in others, Severe Gear placed near the top in all performance categories. It revealed itself to be the most well-balanced formula for its time, capable of providing exceptional performance and protection in a range of applications.

Since then, AMSOIL gear lube technology has advanced, making an already superior product stronger. As the results show, the new additive technology allows Severe Gear to outperform the previous formulation and all of its competitors as tested in 2007. AMSOIL has raised the bar for gear lube performance even higher.

High-horsepower/high-torque applications demand lubricants with increased extreme-pressure (EP) properties. The Falex Extreme-Pressure Test (ASTM D-3233) is used to determine a lube’s ability to provide EP protection. As Chart 1 shows, although the previous formulation ranked in the top tier, the new technology provides an 80 percent increase in EP protection and easily outperforms all competing formulations from A Study of Automotive Gear Oils. 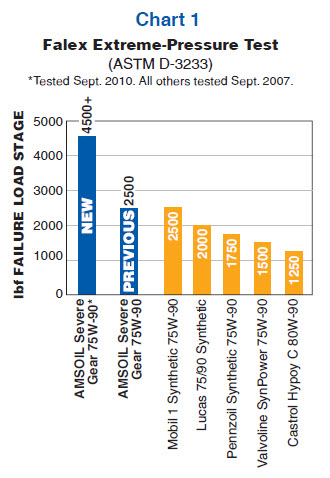 As demonstrated in Chart 2, the new formulation provides a 14 percent higher value than the previous formulation and ranks higher than all scores achieved in 2007 testing. 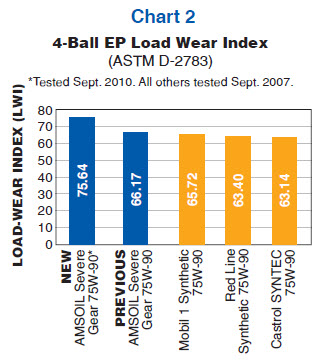 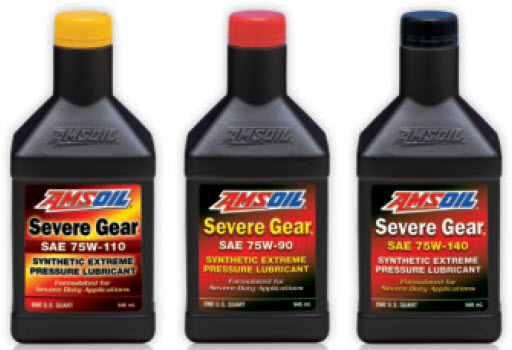