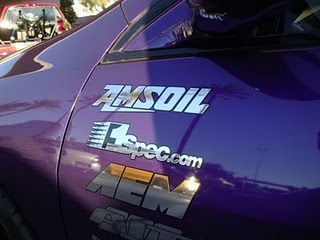 It seems clear that the industry is thriving as you see the action unfold at this year's SEMA Show in Las Vegas. From mobile electronics to off road gear, to street rod passion to the ultimate accessorizations, you can find all of it displayed in a spectacular array of light, color and sound here at the Las Vegas Convention Center. Organizations a-plenty share the benefits of memberships in an effort strengthen the foundations of their varied interests, from protecting the rights of street rodding to maintaining access for trail riders.

Ultimately, the show has been like any other trade show in that it serves the function of enabling manufacturers to connect with retailers, with the aim of improving the company's visibility in order to reach consumers. One difference, however, is that there is industry with this kind of glam, style and sheer sexiness. Check out the new Mustangs and Camaros? And all the brilliance in reflected in the paint schemes, chrome and chromatics.

SEMA leadership decided to create a new award to help highlight the vehicle manufacturers that make this industry possible. It was called “The Hottest Vehicles of the SEMA Show.” The three awards went to the Hottest Pickup Truck, Hottest 4×4 and Hottest Car. 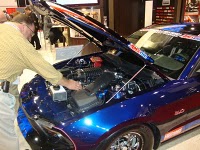 SEMA is also a place where new relationships are created, and announcements get made. Yesterday it was announced that AMSOIL has signed a multi-year agreement to be the official and exclusive oil of Monster Energy Supercross, an FIM World Championship, that begins January 8, 2011 at Angel Stadium in Anaheim, Calif.

The three-year agreement marks the company’s first partnership with the Monster Energy Supercross championship, though the company has had long roots in supercross and motocross beginning with its sponsorship of 2X national champion Mike LaRocco in the late nineties and ongoing relationship with Factory Connection racing.

As the sun burns off the morning haze here in the valley, SEMA will continue to shine as a place where things happen, and history is written. 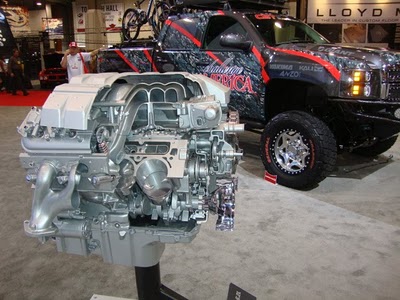