Team AMSOIL was well-represented at the 2011 ESPN Winter X Games, earning some hardware during the high-profile event. The opening night of competition featured Team AMSOIL/ Scheuring Speed Sports rider and defending gold medalist Justin Hoyer competing in the freestyle competition. Holding the top score after two rounds of eliminations, Hoyer was the last rider to compete in the final round and needed to top Daniel Bodin’s 91.66 score for a shot at the gold medal. Although a small hand check on a no-handed landing may have cost him the gold, Hoyer’s 91.00 run was enough for the silver medal. AMSOIL-sponsored snocross rider Mike Schultz is no stranger to the Winter X Games podium.

Despite losing his left leg during a pro snocross race three years ago, Schultz remains dedicated to the sport and earned the gold medal in the adaptive snocross event. 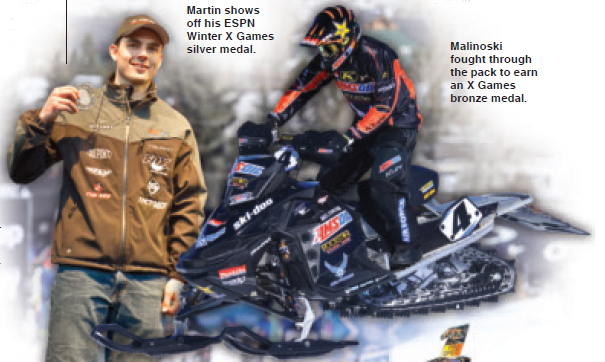